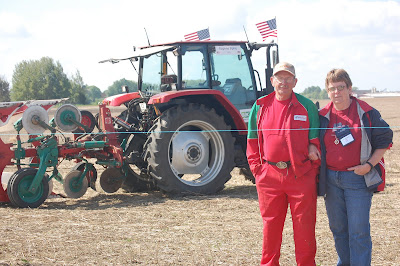 I'm home from Vadstena, Sweden..
This was one of the plowmen that competed for the U.S.A. He lives in Hampton, Iowa. His name is Gene and his wife is standing next to him.. Her name is Jane. He is competing in the Reversible Ploughing Class.. His plow broke during the competition and his plot didn't turn out very well. He came in 25th place out of 29 plowmen.. There were 29 different countries competing in the World's this year.. The wind was brisk that day and one needed a jacket. A man named Andrew from Scotland came in first place. The other plowmen from the U.S.A. Kevin Albrecht from South Dakota ~ plowed in Conventional Class and he came in 19th place out of 27 plowmen.. It was a great day~!

This young man named Harold is from Norway.. I found out that he went to America to be a foreign exchange student in 1985.. As we were talking I asked him where in America did he go to school. He said "Oh you wouldn't know where".. I said well give it a try.. He said "Akron, Ohio".. I told him m-m-m- I was born in Akron, Ohio.. What was the name of the school.. He said Green High School.. I was really excited because that is where I went to school growing up and finally graduating in 1962.. 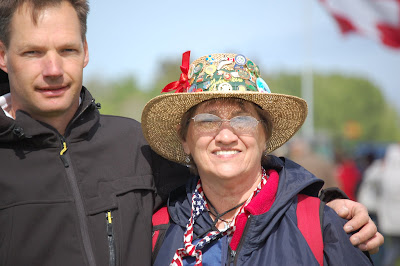 What a small world.. Our two plowmen ~ one from Hampton, Iowa and the other one from South Dakota stayed at his farm in Norway to practice plowing on his farm, before the World Ploughing Competition. He said he has a large farm in Norway and raises lots of hogs.. Pork seems to be the favorite meat used in Europe..good to be home and have a beef burger. We had a good time talking with him.. What a small world.

Little boys from Sweden are so cute. This little boy was walking around with his bib overalls and his hands in the bibs.. I took a lot of pictures of children while I was at the plowing site. Most of the boys and girls are very 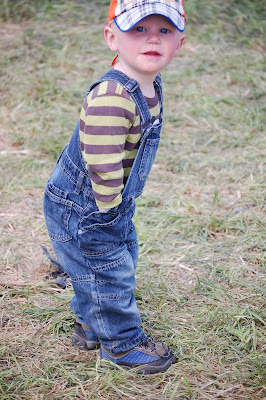 blond and blue eyes there.

Had a great time while in Sweden.. We stayed for 10 days there in a beautiful Bed and Breakfast.. Gunelle and her husband Hokan.. The H is silent.. They were a wonderful couple and the breakfast we had every morning was wonderful.. We stayed in a large room that had a king size bed.. It had two twin mattresses on the bed and it was comfortable. That is how they sleep there/husband and wife.. They think that husband and wife sleep better sleeping side by side on twin mattresses.. I know Dave and I slept really well and I would love to do this to our bed.
I took over 900 pictures , I'll pick out some for awhile and post them...
It's good to be home but I do miss being in Sweden.. We had such a great time...
Have a Tiggeriffic Day! ta ta for now from Iowa...:)

Great pics. Glad you made it home safe and sound and it looks like fun was had by all. I'm sure Bennie was glad you were home also.

welcome home and love the pics especially the little guy he is too cute.
found out today martha will graduate tomorrow... had alot of drama happening here...
hugssssss

Good to hear from you again, Annie! Glad the trip went well...:)JP